Why Fat Loss Varies From Men to Women

Why Fat Loss Varies From Men to Women

Changing your body is never simple. The one exception might be if you’re an 18-year-old athletic male who can put on muscle and shed body fat with ease. For everyone else, it tends to be a bit of a struggle.

Women tend to be at a disadvantage when it comes to fat loss and muscle building because the vast majority of the advice available is based on research done on men. This is a huge problem with untold consequences for women.

Women’s bodies differ significantly from men’s in terms of metabolism and somewhat in terms of exercise response. Additionally, there are considerable gender stereotypes and misconceptions that limit women’s ability to get useful advice about how to improve their physiques.

Here are five ways that women’s metabolism differs from men’s and what to do about it so you achieve the physique you desire. Whether your goal is fat loss, muscular curves, maximal strength, or athletic performance, this will tell how to get the most out of your training.

In addition, women tend to have greater fat storage after eating, which also contributes to their higher body fat percentage.

From an evolutionary perspective, it’s favorable for women to have more body fat because these fat stores will be used during pregnancy and lactation. Once young women become able to reproduce, their bodies will begin storing fat around the hips and thighs “locking it away” in preparation for having a baby.

The fat around the hips and thighs has a particularly high concentration of DHA, one of the three omega-3 fats (found in fish). The theory is that gluteofemoral DHA fat is used to make breast milk, and that it is for the development of a baby’s brain. Research suggests that women tend to have a low percentage of DHA in their gluteofemoral fat due to low intake of omega-3s. This typically leads to significant weight gain during pregnancy, because the woman’s brain is thought to monitor nutrient status throughout the body, sensing the low DHA stores. This leads to excessive hunger cues, causing women to eat more, in the quest to store as much DHA as possible for nurturing an infant brain.

Regardless of whether you’re planning on having a baby, get adequate DHA in your diet. Go for a balanced ratio of omega-3 fats to omega-6 fats by limiting your intake of vegetable fats and oils. Make your body metabolically flexible so that it is capable of burning fat for energy. Do this by limiting carbohydrates in your diet at certain times so that your body is forced to learn to burn fat. Try eating lower carb on a day when you not training but higher carb on your workout days. Doing anaerobic-style exercise such as weight lifting and sprints also improves the body’s metabolic flexibility. 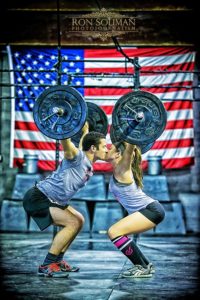 Women rely on fat for fuel during exercise to a much greater degree than men. This makes exercise absolutely essential for women to lose fat because of the unfortunate fact that women burn much less fat at rest. In addition, women store fat right below the skin (subcutaneously), whereas men have more visceral fat. Visceral fat is metabolically active and a risk for cardiovascular health and insulin resistance. Meanwhile, for women, having a reasonable amount of lower body fat indicates better health and less heart disease risk!

Women tend to lose fat from the upper body first, but have a harder time losing lower body fat. As mentioned, women’s bodies preferentially store fat for pregnancy, but they also have a greater number of alpha receptors in this region than men. The combination of alpha receptors and estrogen inhibits fat loss. Men have a higher total proportion of beta receptors, which makes it easier for them to mobilize fat to burn it off.

To get rid of stubborn lower body fat, research shows women must perform anaerobic training. By adding a strength program to an aerobic exercise protocol produces superior fat loss. It is  suggested that the higher intensity of resistance exercise helps to stimulate the release of body fat from fat cells so that it can be burned for energy. In addition, it’s possible that estrogen has a positive effect on fat burning during exercise via a few mechanisms:

Perform strength training, doing lots of multi-joint exercises, with a focus on lower body and total body lifts such as squats, deadlifts, step ups, and lunges. Do high-intensity interval training on a rower, bike, or by pushing a sled to target the alpha receptors and enhance fat loss from the lower body. 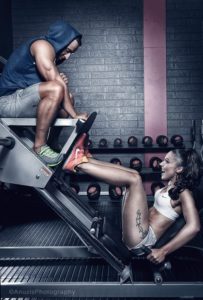 Stress affects fat loss for everyone, but it’s possible certain kinds of stress are more harmful to women than men. Stress leads to persistent cortisol secretion, and cortisol’s primary function is to increase blood sugar (bringing with it an insulin spike) so you have enough energy to get through a stressful situation. When this becomes chronic, the body turns the hormone pregnenolone, which is a precursor to estrogen and testosterone, into progesterone, which is then used to make cortisol and aldosterone. Together these hormones lead to greater fat storage and more fluid retention.  Not only will you have more cortisol, but you’ll have less estrogen and testosterone.

Women with lower testosterone than normal have a disadvantage when it comes to fat loss. Although elevated estrogen is not beneficial for loss, low estrogen isn’t either, because it inhibits the greater fat oxidation that women experience during exercise. The body’s just not working right any more. Everything is out of sync and fat loss simply won’t happen.

Find stress management strategies that work for you, whether it’s meditation, yoga, psychological therapy, or something else. Focus on optimizing your circadian rhythms. Consider that the body operates around a 24-hour circadian clock. Each person’s clock is slightly different, a trait known as chronotype or tendency toward being a morning or evening person. Chronotype reflects the time of the day that someone’s physical functions (hormone level, body temperature, cognitive faculties, eating and sleeping) are active. When you adhere to your chronotype, you can promote balance and optimal health. When you go against the clock, the innate rhythms are disrupted. This will increase stress and make fat loss much more difficult. 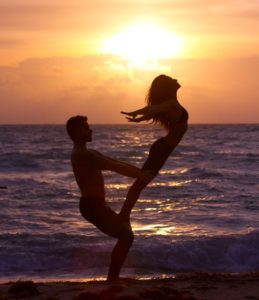