The Unsweet Truth on Sugar

The Unsweet Truth on Sugar

Who can resist the sweet taste? Sugar has been used and been around since forever, but unfortunately; it has been processed and refined time and time again, which has resulted in the loss of its nutritional properties.

It has been proven that sugar is, in fact, like a Drug! Intermittent sugar consumption affect the brain in ways similar to that of illegal drugs. Sugar has been found to meet the criteria of substance abuse and may be addictive to those who binge on it. It does this by affecting the chemistry of the limbic system – the part of the brain that is associated with emotional control. 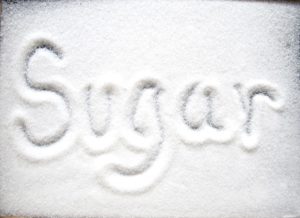 Honey is probably one of the most widely known natural sugar alternatives. Honey is composed of two simple sugars – Glucose & Fructose, and is absorbed in a different way in the body than white sugar, which causes a slower and more gradual rise in blood sugar levels. Since honey is slightly higher in Fructose than sugar, it tastes sweeter; therefore you can use a lot less of it. Raw honey is also known to contain antioxidants as well as a few vitamins and minerals.

Maple syrup is a well known sugar substitute among those who strive to use less refined sugar. It also contains some health benefits such as antioxidants to support the immune system and a healthy heart as well as several beneficial vitamins and minerals. Some would even refer to this natural sweetener as a “superfood”.

Stevia is derived from a plant as a sugar substitute and unlike other sugar alternatives; it’s primarily known that it doesn’t add calories. It has been debated whether or not Stevia is the real deal or not, however it does benefit those with type 2 diabetes or individuals watching their sugar levels.

Xylitol is a naturally reoccurring alcohol found in most plant material including fruits and veggies. You might have fond it to be the ingredient in some sugar free gum, as it is used as a popular sugar substitute. It is also extracted from birchwood to use for medicine and it’s also used in tube feeding formulas as a source of energy.

Date sugar has been ranked as the best sugar alternative out there. This sugar is different than other sugars due to the fact that it’s not processed to create a sugar alcohol; instead it’s made merely of finely chopped dried dates. Because of this it goes through minimal processing and is thought to be one of the more natural alternatives.

Try them and find which one works for you!