3D Shoulders for guys and girls

3D Shoulders for guys and girls

A sexy set of shoulders is a must for a balanced and well developed upper body. You could have an amazing back and big biceps, but if your shoulders are underdeveloped, you will look small and weak. Sculpted shoulders really stand out and command respect.

If you’ve been doing shoulder work without seeing much change, read on for some great workout tips and exercises. 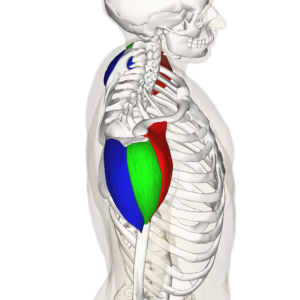 The deltoids consists of 3 heads; the anterior-, lateral- and posterior deltoid. The rotator cuff also forms part of the shoulder and consists of 4 smaller muscles which are essentially unnoticeable as part of the physique. However, they play an incredibly important role in the body.

The anterior delt is located on the front of your shoulder, its main function being shoulder flexion (extending your upper arms overhead and raising them in front). This muscle is targeted during front raises and pressing exercises.

The lateral delt is located on the outside, and gives the “capped” shoulder look. The main function is abduction (raising your upper arms upward, at your sides). This muscle is targeted in exercises such as the dumbbell lateral raise and upright row.

The posterior delt is at the back of your shoulder. Its main function is extension (pulling your upper arms backward and bringing your shoulder blades together). This muscle is targeted in movements like the bent over row, face pull and rear delt raise. 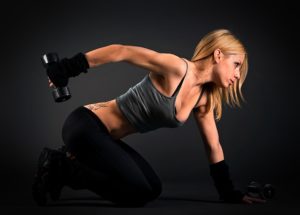 Don’t train shoulders as an afterthought. Prioritize shoulder training. Train them on their own day or before an arm workout.

Hit them twice a week if you’re serious about seeing progress. The deltoids are relatively smaller muscles which means they recover faster. Train them 48-72 hours apart.

Treat each head as a separate muscle to be trained. Don’t focus so much on one head that you create a postural deficiency, like doing an insane amount of presses and throwing in a set of lateral raises for good measure. 2-3 exercises per head should be sufficient.

Mix it up. Change your rep ranges for each workout. In the first workout of the week, focus more on heavier weight, and low rep ranges (like 5×5, 4×8, and 3 or 4×12 ), then finish it off with 1 set of high reps (e.g. 1 set of 50 reps). For your second workout, use a lighter weight and do higher rep ranges. Lighter weights doesn’t necessarily mean easier – you should still be challenged!

Take advantage of giant sets and supersets. Most exercises can be performed with dumbbells. A simple giant set could look like this: Standing DB lateral raises, Bent-over DB rear lateral raises, Standing DB overhead presses, DB upright rows. 3 – 5 giants sets should do. Don’t forget to rest between each giant set (complete all 4 exercises in succession, then take a break). 2 minutes should suffice. 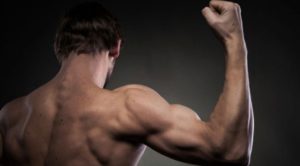 Cable Side Lateral Raises (single arm, for a challenge, do both arms at a cable cross-over station)

Have fun building those boulder shoulders!